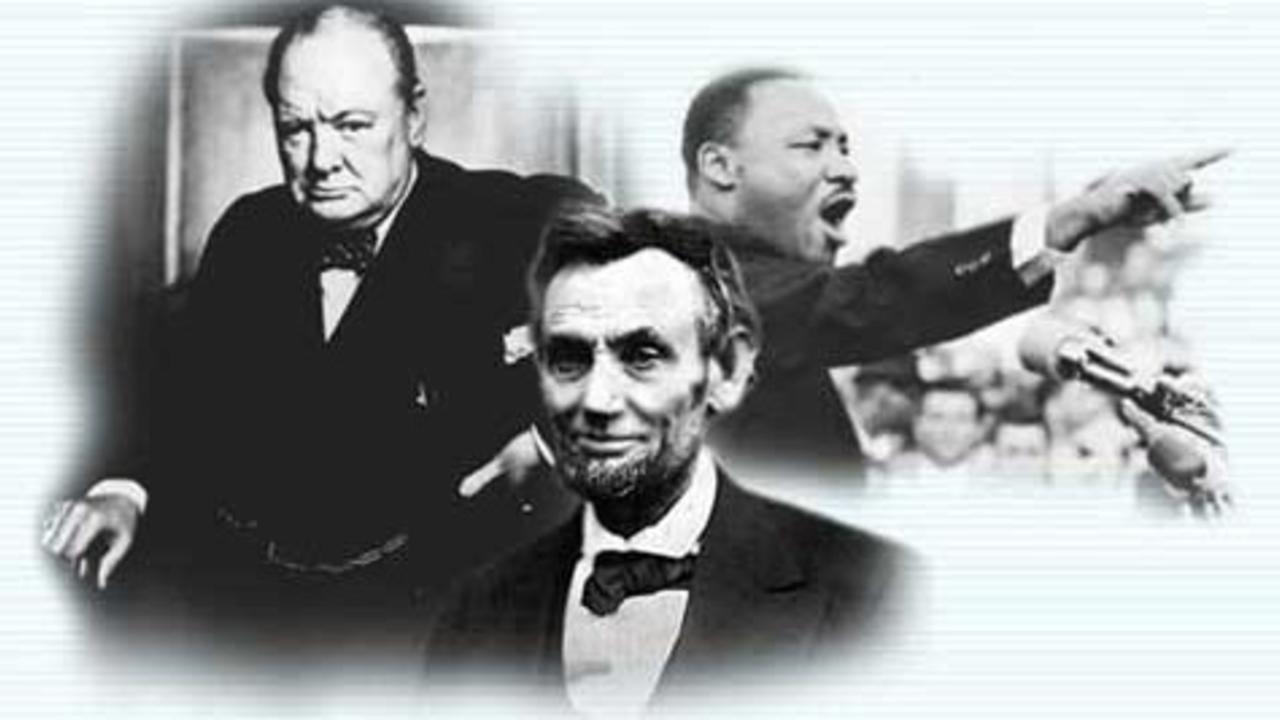 Communication is the key to success in everything we do in business and in life. I am always intrigued by the way we think and how we view what is being said by others. The great thing about communication and being a good listener is that it is a learned skill. We can always become better at strengthen our skills.

I really enjoyed this article as it is in alignment with what I teach and the insightful tips provide a great resource on being an effective communicator. You may think that many of the tips are common sense, however I have realized that even though we may be aware of something it does not mean we are putting it into action.

It’s a quick read. If you are all about improving your skills like I am you will enjoy this article.

Have you ever walked away from talking with someone that you’ve just met and thought to yourself “Wow, this was one of the best conversations I’ve ever had!”? I’ve recently had one of those and at first, I quite selfishly concluded “Wow, I’m a great communicator”. But then I realized, hang on a second, I think this other person was the reason I felt so good about this talk, how did he do that?

I started to think about a few of the things this person did, that made me feel so comfortable and open to speak with him. In usual Buffer blog manner, I thought of finding some real science to back up some of the simple habits this newly found friend had so ingrained when talking with me.

So what I’ve come up with are 5 of the most effective habits famous communicators have used for hundreds of years. Recently some new science studies have backed up their claims and I feel it makes for a very compelling case to overhaul my own communication efforts and maybe it’s some inspiration for you too!

The word conversation generally brings to mind talking—at least for me. However, if you’ve ever seen two people trying to talk to each other at the same time, you’ll know that listening is just as important. In fact, listening is half of a successful conversation—you take turns to talk, and everyone feels heard. This is great communication.

You might have heard of active listening before. It’s something we often get confused with passive, silent listening. Active listening, in fact, means taking part in the conversation and working on the rapport between you and your partner. It’s made up of three parts: paraphrasing, inquiry and acknowledgement.

Stephen Covey’s book The 7 Habits of Highly Effective People is also a great one to read for tips on improving your listening skills (and, in fact, how you build relationships in general). Stephen’s advice stresses the importance of being nonjudgmental and not making assumptions when listening to others. He also talks about empathic listening—understanding your conversation partner fully, rather than seeing what they talk about through your own point of view.

This overview of Stephen’s chapter on listening breaks down the five types of listening he explains:

Empathic listening is the one we want to aim for to have meaningful conversations with others. It works in four stages, one after the other:

If this seems overwhelming at first, you might like to think about it in a simpler way. I like the idea of ‘bouncing the ball back.’ This means you listen to your conversation partner, take in what they’ve said and add to it, passing the turn back to them to elaborate further. In fact, studies have shown that people who express interest in their conversation partner’s viewpoint and followed up with questions to encourage debate were more liked and more likely to be picked for future interactions.

In Dale Carnegie’s book How to Win Friends & Influence People, he says this about names:

“Remember that a person’s name is, to that person, the sweetest and most important sound in any language.”

The effects continue after school as well, with people whose names have negative connotations (like the surnames Short or Little) more likely than others to feel inferior throughout their lives.

So our names make a big difference to our lives, even thought we’re usually unaware of it. This probably explains why, as Dale Carnegie points out, our names are “the sweetest and most important sound” to us. In conversation with others, we can use this to our advantage by not only using someone’s name initially, but by remembering their name later.

Whether we want to admit it or not, we love to talk about ourselves. In fact, we love it so much that it triggers the same sensation of pleasure in our brains as food and money do. Harvard neuroscientists have even said that it feels so rewarding, we can’t help but share our thoughts. This makes sense when you realize that talking about our own beliefs and opinions, rather than those of other people, stimulates the meso-limbic dopamine system, which is associated with the motivation and reward feelings we get from food, money and sex.

Studies have even shown that participants are willing to give up between 17% and 25% of the monetary reward offered for talking about others in order to feel the intrinsic rewards of talking about themselves. And outside of the lab, 40% of our everyday speech is devoted to telling other people how we feel or what we think. That’s almost half!

The lesson here is that if you want to make your conversation partner feel good, get them talking about themselves and their interests. If you’ve worked on your active listening skills (see #1), you should be able to do this pretty well.

We’ve already talked about how to make your conversation partner feel good by using their name and letting them talk about themselves and their interests. Making them feel important is slightly different—it shows that you place value on their thoughts and opinions and can encourage them to engage more in the conversation.

Social psychologist Robert Cialdini has a couple of suggestions for how you might do this, particularly for someone who you’re trying to win over. If they’re already a fan or friend, this step will probably be much easier!

Robert’s first suggestion is to give honest compliments. He says that offering compliments on someone’s good traits can help to break the ice between you, particularly if you haven’t had a perfect relationship so far. This can also be a trigger for them to re-evaluate their perceptions of you, giving you a chance to use steps #1–3 above to engage them in a rewarding conversation.

His second suggestion is to ask for their advice. This could be professional advice for your business, personal advice on a decision you’re wrestling with, or even simply a book recommendation. This gives the impression that you value their opinion, which is a little confidence booster. It also gives them something to talk about, which they care about (see #3).

I wasn’t too surprised to find out that we like other people who we think are similar to us, but I was surprised how unaware of that fact we seem to be. When people were asked whether they would prefer a partner who has similar personality characteristics or complementary ones, the majority of people said they would choose someone with complementary traits. The data, however, shows that we are actually more likely to choose a partner who we think is very similar to us.

Likewise, we’re more likely to become friends with people who we perceive as being similar to us. In the book Brain Trust, there’s a cool experiment by Cornell computer scientist John Kleinberg where he studied different people’s Wikipedia editing styles. Here’s what he found:

This proves that rather than being influenced by our friends after we meet them, we’re actually gravitating towards others like us, naturally.

Here is a quick overview from a great YouTube video about this:

So how can you point out similarities between you and your conversation partner, to make them more likely to enjoy your company? Well, you can drive the conversation towards topics you’re both interested in. This serves two purposes, since you also want to keep them talking about things they like, as per #3. You can also repeat things they say, paraphrase their wording (that’s part of active listening, remember?) and use mimicry to match your phrasing and body language to theirs.

Hostage negotiator Gary Noesner points out that just repeating the last word or phrase someone used will show that you’re listening and engaged. I’m definitely keen to try that one—who better to get conversation tips from than a hostage negotiator?

Another hostage negotiator, Chris Voss, explained in an interview how paraphrasing can be powerful for better understanding in a conversation:

The idea is to really listen to what the other side is saying and feed it back to them. It’s kind of a discovery process for both sides. First of all, you’re trying to discover what’s important to them, and secondly, you’re trying to help them hear what they’re saying to find out if what they are saying makes sense to them.

Mimicking the body language and verbal cues of your conversation partner can have varying benefits, including making you seem more likable, more physically attractive and making the person you’re mimicking more generous and helpful toward others, not just you. That’s pretty cool, right? Plus, in a sales situation, your conversation partner is 17% more likely to buy from you if you mimic their speech and behavior, and will feel more positive about you afterwards.

A quick summary of the 5 top communication habits

Just to refresh your memory before you go, here are the five tips to help you have more successful conversations: 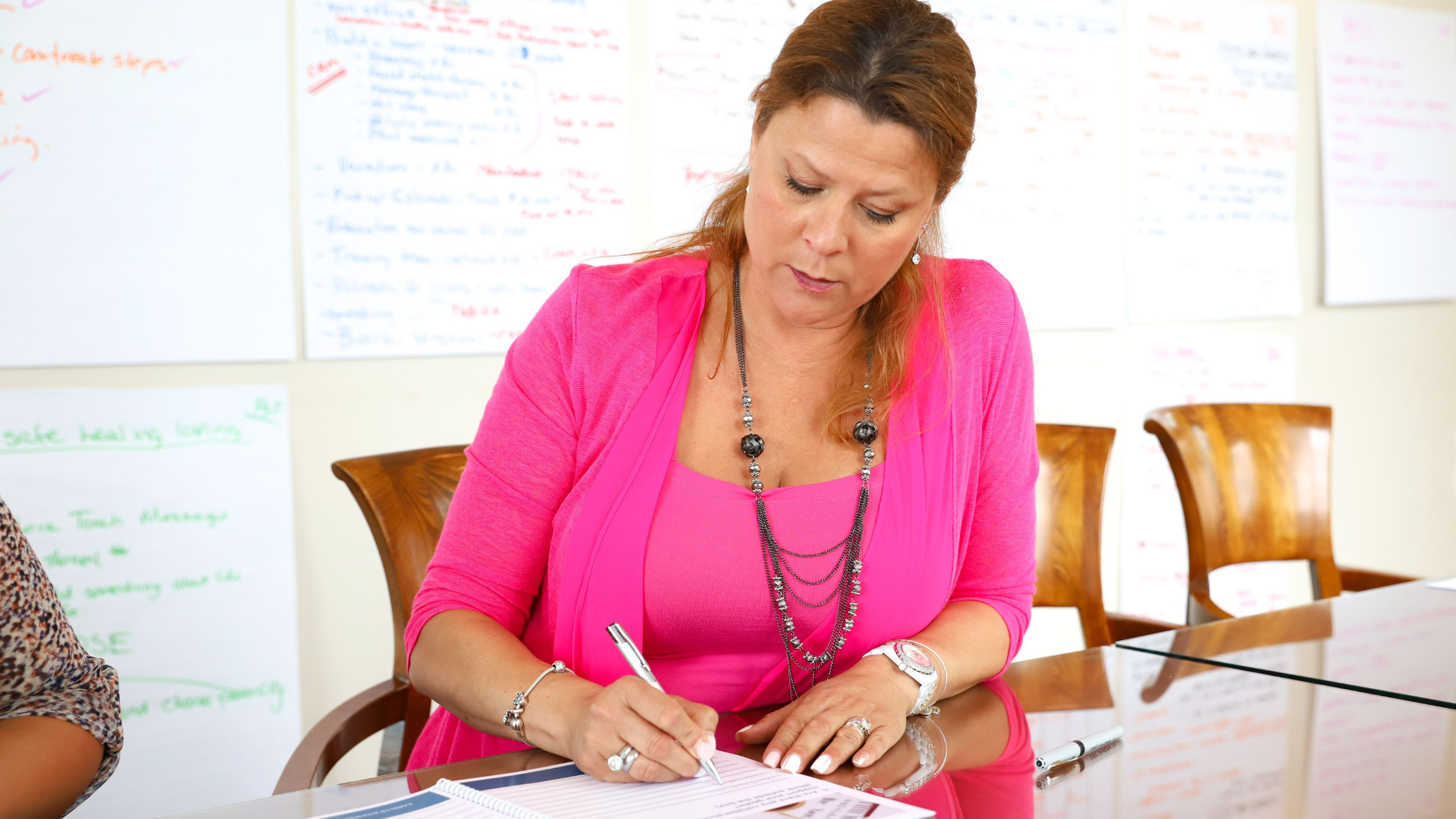